Spilt milk. I feel like crying over this spilt milk, its not the first time, but the second and each time its a blow to the heart.  Pumping or expressing milk when the supply is already low is like panning for gold when you have nothing. Then finding some specs of gold and tossing it out with the rubbish!!

Today I spilt expressed breast milk for the second time in my life and earlier in the week my husband through out some expressed breast milk by accident! There are of course worse thing that could happen but as the saying goes ‘ Don’t cry over spilt milk’, because its gone, not coming back and there’s no way of brushing it up and reusing it!

You also can’t blame the ‘ device’ – I call it the ‘sucker’- that doesn’t quite stick to the chest well enough while sucking out milk so that even a slight nudge can make it come undone and possibly tip over if you’re not quick enough.

I wasn’t quick enough this morning. I was tired and trying to juggle two ‘suckers’ while changing a nappy- this is a recipe for DISASTER!

Sharing this is simply to remind myself of the trials of motherhood and my weakness to look for a guilty party- plastic or human!

A few years ago I read this wonderful Japanese proverb:

“You are sailing alone on a ruff ocean when suddenly you catch sight of another boat coming your way. You make noise and flash lights to alert them to your location but despite your best efforts the boat clumsily sails right into your boat. You are angry why did they not avoid you. Then you sea there is no sailor, the boat is empty and your anger subsides; there is no-one to blame.”

A few weeks ago I had a bright idea that I would blog every day- just a few sentences- on motherhood and breast feeding with an a low milk supply. Now I realise I’m too much of a perfectionist- checking spelling and grammar, finding photos, would take more than the 10 minutes I’m taking to write this. The daily blogging never happened- phew you say!

But this is today’s offering from life, raw, from the heart and cathartic for me, just now, after finally cleaning up the spilt milk. And this is the wee beauty I get to watch and admire and love, and someone I know would never cry over spilt milk. 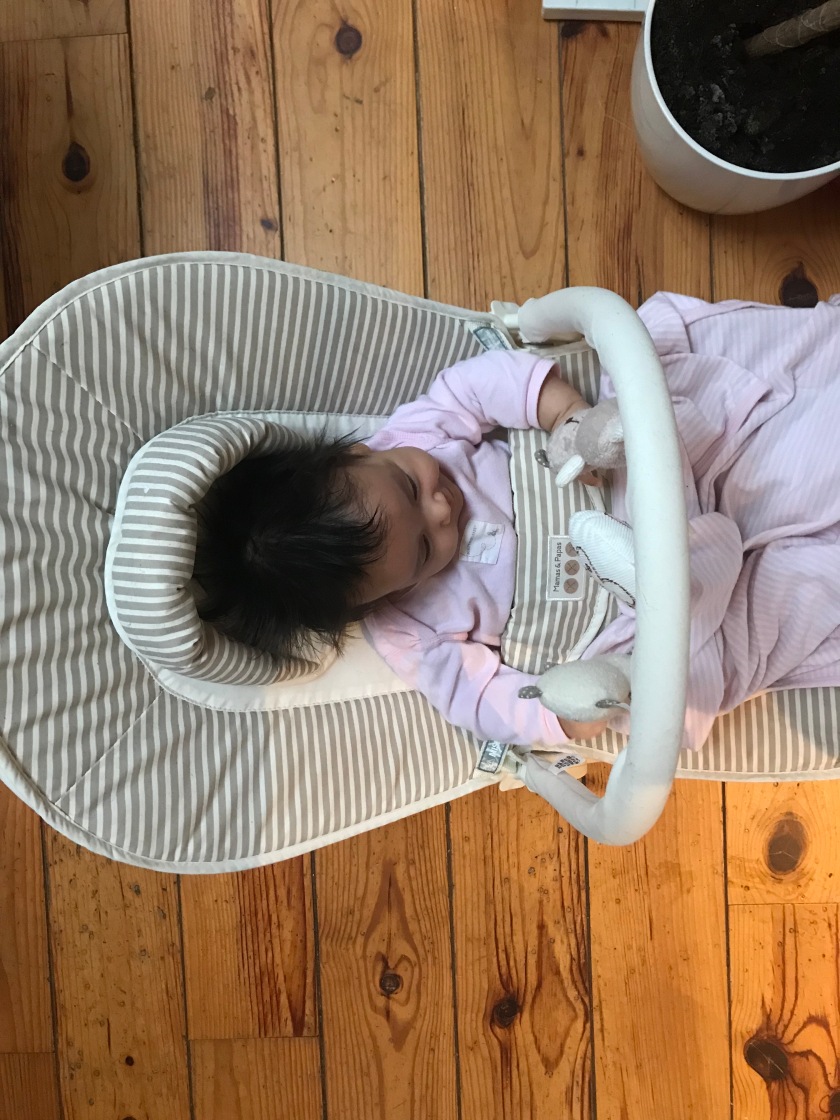 So, I had hoped to research this blog before posting, maybe even interview an expert but alas time has been short and Ella and I have been on the move again, crossing continents!  It’s either write a blog post or go and lie down while the nanny is there.

Our nanny- who we’ve left behind for now- is the wonderfully wise Doña Marritza. Sixty years old and the a smiling face that lights-up Ella’s eyes as she peers through the window in the morning, saying, “hola Ella”.  Marritza grew-up with no running water.  She and her sisters woke each morning at 04:00 am, weekends included, from the age of 14, to walk in the dark to fetch pitchers of water to fill the long wooden trough in their home.  Things have changed since then, but many traditions have not.

A few weeks before Christmas Marritza’s motorcycle- yes that’s right her motorcycle- broke down on the dusty bumpy road before our house, so Ella and I jumped in the car to go and help.  What happened next was a slight shock to me but clearly not Ella.  Doña Maarritza had brought us an unusual gift which she carefully removed from her rucksack while waiting in the back seat of our car until help arrived.  It was something the size of a Bunch of grapes, wrapped-up in a small damp brown towel to keep cool.   She slowly peeled back the towel, smiling with excitement for me, to reveal a clear plastic bag filled with what looked like ping-pong balls covered in brown dirt.  They were turtle eggs, fresh from the nearby black sand beach of Ostional, their shells soft and dented.

Now, my knowledge of sea turtles had always been that they were all endangered; however, I’ve been told by locals that the numbers of turtles returning each year has been increasing and this particular species is no longer considered endangered, but remains ‘threatened’.  This is a result of the system in place by the turtle refuge centre.  This group, also referred to as the ‘committee’ by DOña Marritza, issues permits to local families living in the area of Ostional, so that they may remove eggs from the beach in a controlled and organised manor.  The committee then patrol the beaches at night making sure that only authorised turtle-egg collectors are removing the eggs.

Doña Marritza went on to surprise me further by telling me how the eggs are consumed.  In her family they are whisked up to bake cakes, whereas the local Costa Rican bars serve them raw mixed with Fanta-orange and a dash of the sweet-spicy sauce called Lizana! Not my cup-of-tea as my brother Christopher would say.  Brings back memories of a drink I once saw served in a little bar in Peru where the main ingredient was a frog…

In case you were wondering we did not accept this kind gift, mostly because I had no desire to eat a turtle egg and Ella didn’t seem too interested either!

In search of the Resplendent Quetzal